The Fruit of Labor

Whats good fam? I just wanted to share with you the source of inspiration for The Labor Pains Mixtape. First of all let me tell you who I am.(Some of u don't know) My government name is Ronald R Dortch Jr,(Ron for short). However I am affectionately known as the artist Ron Stop(Short for Ron Stopabul). I am a licensed & ordained evangelist who solely loves preaching & teaching the gospel of Jesus Christ.( I am not ashamed!)God instructed me from the very beginning of my calling,(2001), that I was employed as a Kingdom associate to evangelize through preaching,rapping,theater/film & literature. I spent the first five years in ministry nurturing & sharpening the gift of preaching & teaching. In 2006 I was released to move forward in the music ministry through Gospel Rap(I assure you,I can't sing,lol.) I begin recording what was going to be my first project "Cross Words",which consisted of 17 tracks. This project eventually was shelved due to technical issues in the mixing & mastering process.(Aborted). Deflated but determined I begin working on another project "Untitled",which consisted of 15 phenomenal tracks & what I considered some of my best work to date. This project was destroyed when the engineer had his computer serviced & the hard drive got erased.Without a back-up,not even a raw copy this project was lost forever.(Miscarried)So here I was, my marriage of 10 years was coming to an end,two cd's recorded but never released. My ministry in general seemed to come to an halt. I was defeated,deflated & no longer determined.I was confused,trying to understand why would God call me into failure. Marriage had failed,ministry had failed & now my music endeavors had failed as well. I was in a bad place mentally & spirtually,I was dying inside. Then one day during a casual conversation with friend & mentor Bishop John Latta(Bizzop),as we begin sharing war stories, he reminded me that God was faithful & that It Ain't Over(title of song on Labor Pains). Those three words began to resonate in my spirit,& grew louder & louder & just like that my mission was rebirthed,my passion was reignited my vision was restored and The Labor Pains mixtape was conceived. So with the help of Quiet Storm of Studio 4013 in Greensboro NC, I was able to present to the world on Mothers Day 2011 the birth of Labor Pains. A compelling & transparent testimonial of God's grace,mercy & fulfillment of promises made! What I learned through this process is priceless, the fruit of labor is worth the pain! Labor Pains mixtape get ur copy today at: 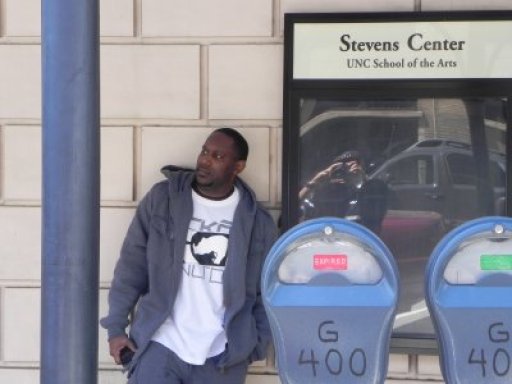