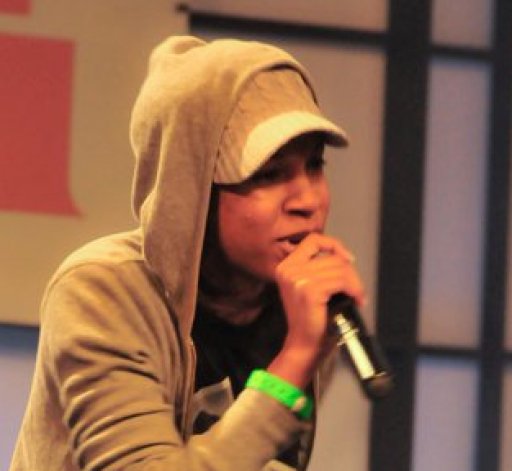 From Raleigh, NC- Daisy Fontaine has been rapping half her life...since the tender age of 12. Her high school basketball coaches dubbed her the name "basketball mc" because she was always rapping and singing. Little did she know that a day would come that she would be writing and rapping her own lyrics instead of others.

Accepting Jesus as her Lord at the age of fifteen, Daisy figured her rapping days were over. Thus, she put down her pen and closed her notebook. While she wasn't rapping, she was learning more about Christ being involved at her church. A few years later during a Sunday service at church, a guest song leader asked the congregation to write words to or about Christ during those moments of worship and reverence.

Daisy was asked to come up and read what she had written. The congregation was amazed, and so was she. The gift she thought she had to throw away was still within her. That day was the rebirth of the gift Daisy will share with the world for the remainder of her life.
She spent the next few years ministering at her church, traveling to other churches, talent shows and other events spreading the message of Jesus Christ.

Throughout many of Daisy Fontaine's songs you hear her edgy style, punch lines and tons of scripture. She tries to illustrate a mini sermon and life message in all her lyrics. Daisy Fontaine is currently seeking production for her first studio album.