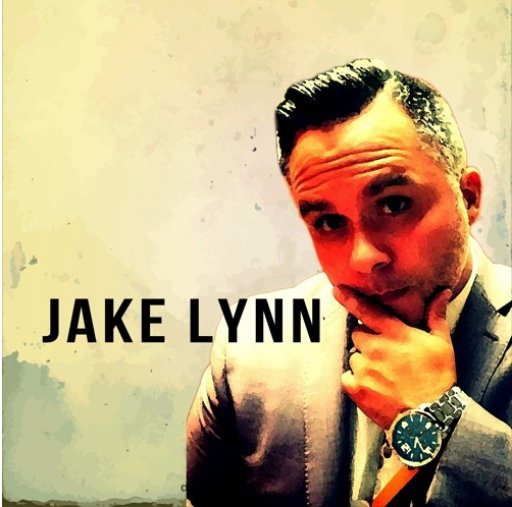 Jake Lynn has been in love with rap since the 3rd grade. "I remember poppin' in some Bone Thugs N Harmony, Tupac, and Coolio during reading time!" Jake laughs as he recalls. At the young age of 12 he started writing songs and poetry. However, that wasn't enough for the young music prodigy, he soon started deejaying for his parent's mobile DJ Sound & Light Show company. "Music has always been my life, I didnt choose music--it chose me!"

He was raised in church and baptized at the age of 9, so he knew about God. However, during his early teenage years he headed down the wrong path--he abused drugs and alcohol. His actions did not show that he knew God. During those years he was around a lot of secular local rappers and fell in love with rap even more. He started rapping at 16, nothing serious, but not for Jesus.

For the longest time he struggled with suicidal thoughts, he hated the world and himself, and really questioned God. He always knew there was a God but he didn't know Him intimately.

"Once you truly experience God in His glory, you can't turn away from Him or forget His touch. Sure you may slip up and make a lot of mistakes now and then. But once you feel His touch, you are never the same." Jake says.

Jake Lynn is a prophetic voice to the Church and an evangelistic voice to those who have yet to come to Christ. He unapologetically laces Scripture throughout most of his songs, which is a primary source of their power. Yet dont think that Jake is just another Bible-thumper or street preacher yelling at folks as they walk by to Repent or die! No, he's quite the opposite! He is a skilled communicator who has learned in his young age to speak the truth in love - as Jesus did. Jake speaks from both God's Word and personal experiences and skillfully translates them into a language that his generation easily grasps.

Whether you listen to his music or attend a performance, you will find Jake Lynn a high-energy, enthusiastic young man with a genuine heart for his audience. Jakes songs range from being challenging, thought-provoking, inspiring, encouraging, worshipful, to being downright fun and silly! Dont be surprised to find people jumping, dancing, nodding their chins and pumping their fists - or even twirling Hoola-Hoops! - at one moment to lifting their hands with tears running down their faces in adoration to the King as they are led into the very presence of God! It is not an exaggeration to say that Jake's performances are life-changing.

Jake is a positive role model for the youth of America who stands for being true to yourself and God's Words. He resides in Madisonville, KY with his beautiful wife TaShawnta and son Davin. They serve at Real Life Church.

Written by Pastor Nar Martinez of The Gathering International.

He has traveled throughout the U.S. ministering at several events such as the Sonshine Fest in Minnesota, Ichthus Fest in Kentucky, 3rd Annual UGA Awards in Houston, TX, the Annual Holy Hip Hop Awards in Atlanta, GA, and the list goes on.

"Krazy Praize," was considered (2nd Round) for a 2012 GMA Dove Award for the Best Hip Hop Song of the Year.

What National Recording Artists have said: