The BIrth and Rise of Holy Hip Hop 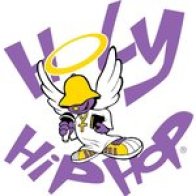 THE BIRTH AND RISE OF HOLY HIP HOP

Holy Hip Hop is a genre of music that originated from Hip-Hop. Hip-Hop began in the parks of New York City, where youth got together on weekends and b-bopped, had rap contests, and b-boys danced.  Holy Hip Hop was born in the late 80's and early 90's when young men and women who had the talent to rap got baptized and changed the message in the music.

That’s how I got started in Holy Hip Hop. At 17, I was in the church, but still wilding out, experimenting with drugs, sex, alcohol, and launching a career as a secular Hip-Hop artist.  I wanted the money, the fame, the girls, and all that came with the Gangsta Rap lifestyle.  But at a youth conference, not unlike the National LCMS Youth Gathering, all that changed.  I experienced Holy Hip Hop, and through the Holy Hip Hop ministry as well as the spoken word ministry at the conference, by the end of the week I became a Christian, which meant that the Hip-Hop career that I had embarked upon only six months earlier also had to come under the submission of God and be used for Him.  By the end of that week, I had not only received salvation, I had also written my first Gospel rap, “I’m A Soldier,” because I was ready to be a Soldier for G.O.D and use my talents to win souls for His Kingdom.

Holy Hip Hop is now on the rise in Christian music.  It’s a genre of music that can be found all over the world via Internet, radio stations, in live concerts, and through music video stations.  Holy Hip Hop is gaining more and more popularity.  Mainstream Hip-Hop is one of the most popular music genres today.  The Hip-Hop market is a $10 billion a year industry, and 80 percent of its consumers are white males and females ages 14-34.  Holy Hip Hop is gaining more and more popularity because of the content of the music.  People are thirsty for a message in their music that feeds their souls.  The genre is an alternative to Gangsta Rap or mainstream Hip-Hop with degrading messages.  Parents, pastors, and youth ministers are realizing the power of Holy Hip Hop to minister to the youth in a way that traditional Christian music may not.  Hip-Hop is the music of the day, and it is very powerful.  That power can either be used to glorify God’s Kingdom through Holy Hip Hop or the Kingdom of Darkness through mainstream Hip-Hop.  Parents are more excited about the youth listening to songs about Jesus than they are about their teens embracing an art form that advocates violence, illicit sex, drugs, and unfettered materialism.

Holy Hip Hop is capturing the hearts of young people all over the world.  Holy Hip Hop gives youth a chance to enjoy the beats that Hip-Hop fans love without having to compromise their values, because the lyrics glorify God rather than glorify a Gangsta’s lifestyle.  I received innumerable messages from Lutheran youth after the 2004 LCMS Youth Gathering thanking me for introducing them to Holy Hip Hop.  The youth said that they’ve always loved Hip-Hop, but knew that it was at odds with their faith.  The youth noted that with Holy Hip Hop, they get both a combination of the rap beats they love and a powerful message of God’s love and saving grace.

Holy Hip Hop is also attracting people who never heard the Gospel of Jesus Christ.  The result–a person who doesn’t normally go to church but loves Hip-Hop hears the good news through Holy Hip Hop and becomes a Christian. Holy Hip Hop is more than entertainment.  It is ministry, and through it the Holy Spirit can lead lost people to God.

Holy Hip Hop is relatively new compared to other art forms, but it is growing.  Major record labels are signing Holy Hip Hop artists, which gives Holy Hip Hop the chance to reach the masses.  As a partner with the church, Holy Hip Hop has the potential and the power to reach the NOW generation as never before.  Holy Hip Hop is here to stay, to spread the Gospel to the four corners of the earth until Christ returns. To God be the glory! Yeah!!! 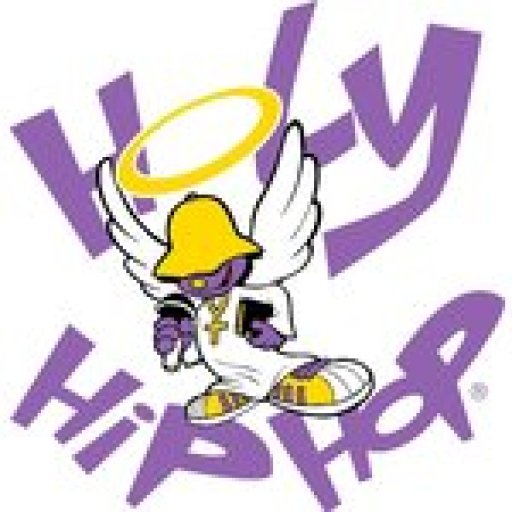